Atlanta is a hub like no other. Just think: 80% of America’s population lives within a two-hour flight of its Hartsfield-Jackson International Airport. And there’s access to more than 75 international destinations in 50 countries through Maynard H. Jackson International Terminal. Indeed, the city known as “The Big Peach” is for people on the move and ready to do business.

Prepare to be wowed by Centennial Olympic Park, the heart of downtown’s convention hub. From there, it’s a short walk to world-class attractions like the Georgia Aquarium, World of Coca-Cola, CNN Atlanta and College Football Hall of Fame.

Love shopping? We’ll get you to the heart of Buckhead (aka: boutique paradise). Into art? That calls for an escape to Midtown, where galleries and murals abound. Wherever you go, you’ll be well connected by the Atlanta BeltLine, a 22-mile railroad corridor that features parks and walking trails.

Excitingly, more than $2.5 billion in new development has opened in the last three years, including Mercedes-Benz stadium and SunTrust Park—further proof that Atlanta is on the rise.

Our PRA Atlanta team can create an unforgettable group event, handling the transportation logistics and the event planning and production prior to and during your program. Your only job? Think big. 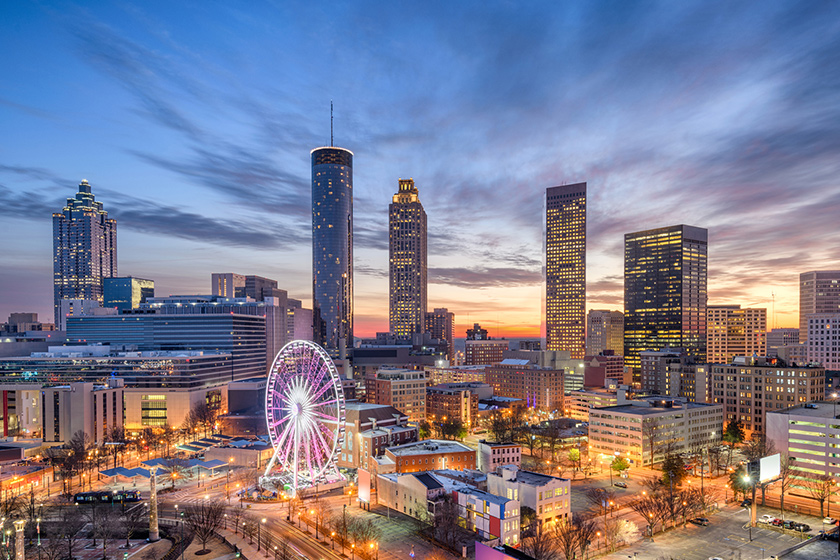 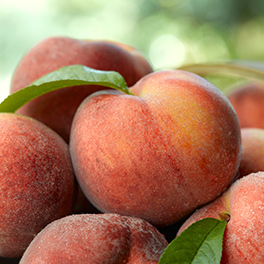 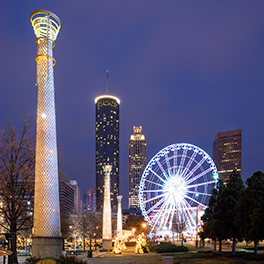 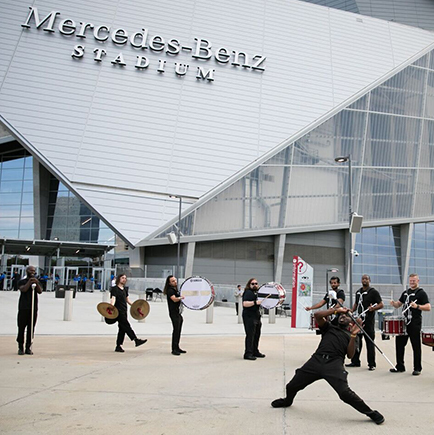 Get inspiration and insights on a vast array of event ideas, destinations and excursions sent straight to your inbox each month.

SIGN UP
This site uses cookies to provide you with the best possible experience. By clicking ACCEPT, you agree that we can use them. For more information, please read our Privacy Policy which explains cookies in more detail and how PRA uses them. Thank you for visiting pra.com
Cookie SettingsAccept All
Manage consent

This website uses cookies to improve your experience while you navigate through the website. Out of these, the cookies that are categorized as necessary are stored on your browser as they are essential for the working of basic functionalities of the website. We also use third-party cookies that help us analyze and understand how you use this website. These cookies will be stored in your browser only with your consent. You also have the option to opt-out of these cookies. But opting out of some of these cookies may affect your browsing experience.
Necessary Always Enabled
Necessary cookies are absolutely essential for the website to function properly. These cookies ensure basic functionalities and security features of the website, anonymously.
Functional
Functional cookies help to perform certain functionalities like sharing the content of the website on social media platforms, collect feedbacks, and other third-party features.
Performance
Performance cookies are used to understand and analyze the key performance indexes of the website which helps in delivering a better user experience for the visitors.
Analytics
Analytical cookies are used to understand how visitors interact with the website. These cookies help provide information on metrics the number of visitors, bounce rate, traffic source, etc.
Advertisement
Advertisement cookies are used to provide visitors with relevant ads and marketing campaigns. These cookies track visitors across websites and collect information to provide customized ads.
Others
Other uncategorized cookies are those that are being analyzed and have not been classified into a category as yet.
SAVE & ACCEPT
Skip to content